I was informed recently that there is a quote from Stephen King advising that a writer should always work on a piece of writing until it is finished and never abandon it before that point is reached. There is another quote from poet Paul Valery saying that a poem is never finished, but simply abandoned.

The apparent conflict between these two statements is, I believe, more of the definition one gives to the word “abandon.” I agree with both of them. There have been many times I have been stalled in the middle of a piece, not being able to make any headway toward finishing it. When, by using any number of methods, I did get around to finishing the piece, it turned out to be a very satisfactory effort—well worth finishing. On the other hand, I find that when I pick up a piece I finished some time ago I invariably find some things I want to change.

I was shown another aspect of the matter when I was taking some courses in painting. There is a danger in trying to over-improve a work. Sometimes the crisp strokes of a first effort have more value than overworking something in order to improve it. The principle is as valid in writing as in painting.

When is a work finished and when is it simply abandoned? I think it is more a matter of opinion than anything—a cross between sticking with a piece through thick and thin and simply knowing when to quit.
Posted by jfstierheim at 12:57 PM No comments:


I put Christmas away yesterday—stored it in the shed until next December. I was really sad to do that this year.  I miss the tree and window lights after having them brighten the living room for over a month. I got my little tree out on the last day of November and on Sunday, the first day of December I put it up and decorated it. I put electric candles in the windows and a wreath on the porch wall beside the front door. All the while I played Christmas music on the CD player and then watched a DVD of an Irish Christmas celebration with readings, songs, music and dancing. I had a bit of wine to accompany the procedure. It was quite a production. Really got me in the mood. It was satisfying to continue that mood by having the merry little colored lights lit every evening of the month.

On January sixth, after Twelfth Night, I took all the decorations down and packed them away in bags and boxes. I made a production of that, too, with CDs and DVDs and I didn’t forget the glass of wine. I figured the send off was deserved for having such cheerful companionship for the holidays. But it made me a bit sad, too. One thing I did do was buy a few new ornaments  and two additional strings of lights for the tree to make the holiday a little bit brighter next year. I even remembered to pack them with the other decorations and label the boxes so I’ll be able to find them when the occasion arises.

Because of the low temperatures last week and other things to take care of, I didn’t get a chance to put the bags and boxes away until yesterday. That was accomplished without fanfare or celebration. It was just a regretful little task that took only fifteen minutes or so. No music. No wine. I just didn’t feel like celebrating the event.
Posted by jfstierheim at 4:46 PM No comments:


We went through a little “cold snap” Monday night—temperature about nine degrees below zero, I understand. It was cold but no special problems with me or my friends and acquaintances. I don’t appreciate weather that cold. I recall a year (I believe it was in the early 1980’s) that the temperature did not get above single digits for weeks. It was a time of trial for me. Then, finally one morning, I turned the radio on to hear a forecast of fifty degrees for the day. I rejoiced in the balmy weather. It was a pleasure to go outside. There was a period of time in another year when it snowed almost every day. Such weather remained common throughout January and February. The snow accumulated and did not melt. It was March until I saw bare earth again.

Disagreeable as cold temperatures and snow are, my principal complaint about winter is the absence of light. I am a person of the sun and the darkness of winter takes its toll on me. I dislike having darkness descend (or rise, which is more accurate) at 5:00 PM. I feel cheated of the evening, the long hours of fading light and the final flights of birds and then the quiet slipping into darkness and rest that are normal for the warmth of summer. The end of day seems to come suddenly in winter, crashing down before you’re ready for it, a rude end to the day. And morning seldom seems to come with any grace. A sort of half light appears and persists and one is supposed to complete any tasks of the day by this inadequate illumination. I have a friend who counts the days of January, February and March with the thought in mind that each day brings us approximately one more minute of daylight. I subscribe to the same custom, but it is amazing how much longer the process takes than the opposite journey to less light that occurs from midsummer on.
Posted by jfstierheim at 12:56 AM No comments:

The Time of the Mist 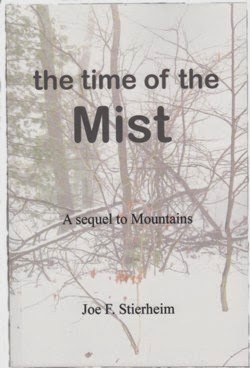 This book is the sequel to Mountains, the book shown below. It is the continuing story of Trench and takes place at the time when a cataclysmic happening occurred in the mountains that Trench loved so dearly. There were earthquakes and then storms—rain, floods and landslides in epic proportions. The world was ending. Seven survivors wandered through mountains devastated by natural disaster. They were destined to perish. Then Trench found them. Both tyrant and savior, he was their only hope. 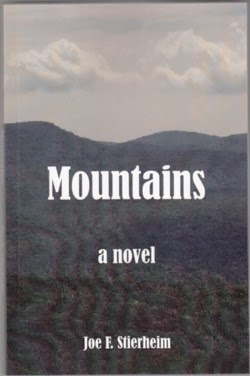 Mountains is a first for me. A full length novel, commercially printed, it bears my own imprint, the Pennycat Books imprint. Three men on a photographing trip in the Cascade Mountains catch site of a man clad in buckskin. The sighting brings on a resurgence of stories about the mysterious Mountain Man of the Cascades. Is he real or a legend? Find the answer in Mountains.

Several of my books are now available on Amazon, published through Amazon's publishing arm, CreateSpace.

The first, in three volumes, is The Finding of the Blue Feather. It is a story of the paranormal and two worlds. our world that we know of as Reality and a strange other world, the dream world, where people do strange and wondrous things and where people live lives so similar to and yet so different than ours. What happens when an inhabitant from one world comes to the other? Can he or she ever return and, more important, survive in the meantime? 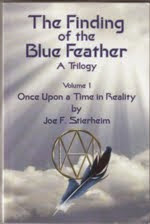 Volume 1 Once Upon a Time in Reality 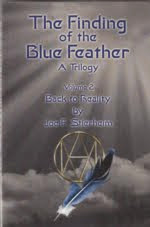 Volume 2 Back to Reality 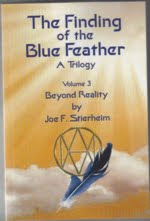 The second is a little fantasy, Jeremy Willikins' Adventures in the Land of Little. It tells of one day that Jeremy spends in a miniature land. Where is it; how has he gotten there? He doesn't know. He finds a door leading into a hillside, a door labeled SAGE. A Sage, he thinks. This person might be able to answer all his questions. He hesitates . . . should he knock? 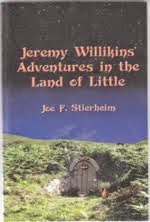 The third book is A Matter of Time. On the planet Orelia, the inhabitants lead a happy, peaceful existence, unaware that a far off planet has sent a spy to monitor them in preparation for an invasion. The spy's electronic transportation to the planet has malfunctioned and as a result he has suffered loss of memory. He does not know his identity, where he has come from or the purpose of his mission. He has only his wits to help him survive in this foreign environment, that and an inhabitant of this new world, a woman named Lise . . . until the invasion. 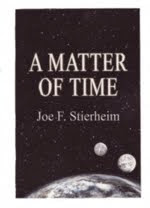 These books are listed under my name on Amazon. They are also available through my publisher, Silverbear Graphics, and area bookstores. 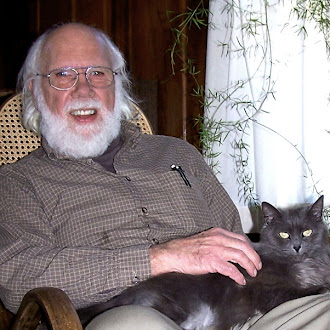 Welcome to my blog

This will be my repository for miscellaneous writing—some happy, some questioning, some philosophical, all of them hopefully meaningful to someone. If you have any comments, please respond. I’ll do my best to answer. I’m on the internet only a few times each week so don’t be discouraged if I don’t reply right away.

Pennycat Books is another blog of mine. On it are books of my authorship that I print myself. Most of them are collections of poetry and short articles or essays. I hope you like the blog and the books that are displayed there. Just click on Pennycat to access the site.

Below are links to a few sites that are meaningful to me for one reason or another. Some contain my writing; others are sites of friends or groups that interest me. Check them out. I hope you too find them interesting. Click on the icons to access the sites.

Silverbear Graphics is my publisher. I have one title listed now with more to follow soon. Click on the silverbear image above to go to my bookstore page.